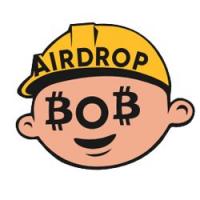 Since the last major cryptocurrency bull run in 2017, the global ICO scene exploded. And with it came a plethora of fake crypto and blockchain projects, all with the goal of getting rich while ripping off unsuspecting customers. These sketchy new projects promoted their new coins in every possible way, promising great returns, better technology, or widespread adoption that is sure to eclipse even Bitcoin. And it brought them plenty of customers, all trying to catch the next Bitcoin or Ethereum killer to get rich quickly.

But of course, many of these tragedies where people lost all their money could have been avoided if they had done their due diligence and kept a lookout for some basic red flags. That's why we present you with our basic list of seven possible signs of fraud in a new project.

Now, this might sound surprising to some. But, still, there are projects out there trying to sell you a brand new crypto asset with great returns and other amazing technological advantages to already existing projects. Their website looks not professional, or the spelling is way off. This, of course, makes it hard to believe that the project that wants to possibly raise millions of $ in BTC, ETH, or other assets is not able to present itself professionally.

Of course, now many of you will say: "But I have no clue about code and don't know what to make of the information found at Github." But this is not the mindset of an informed investor. And, of course, we don't expect you to be able to code, but you should at least be able to find out when the last improvements were made to the code of your chosen project. And you should be able to verify if a certain programmer already contributed to other projects or if he just posted his first lines of code to GitHub. So get familiar with this new tool and thus get ready for further insights.

As one might think, showing yourself and giving personal data about your background and accomplishments should be something you should be proud of, especially when you are about to create something new and groundbreaking. That's why we expect a legitimate project to fully disclose the team that has come up with this innovation. Of course, there might be the occasional exception. Sometimes a crypto-OG might only be represented by his avatar or pseudonym, or there could be an advisor who doesn't want to be known by his real name. But overall, you should be able to verify most of the team members' credentials through their provided LinkedIn accounts to confirm their claimed successes. If you have trouble finding valuable information, this might be a huge warning sign to keep away from this project and better look for something with trusted team members with a proven track record.

And again, there will be some out there complaining about all the work you have to put in to succeed in this field. But there is simply no way around reading the whitepaper provided by the project team. So now there can be several situations regarding the white paper.

5. Partnerships with other Companies:

Finally, something that should be easy to check. Many new projects boast of their already achieved partnerships with highly acclaimed industry leaders. You can sometimes read that companies like Microsoft, Softbank, or other already existing crypto companies are involved in the development. Still, when you follow up on these claims, they fall apart most of the time. Therefore, you should always check up on announcements from the mentioned companies. Sometimes you will be positively surprised, and other times you will find the denial of any proposed partnership.

6. The promise of massive gains:

The old saying goes: "If it sounds too good to be true, it probably is." And if you look back at some of the outrageous promises of return on investment, it should be pretty obvious that there is something wrong. The already mentioned BitConnect can be a general example of exaggerated profit claims. They promised their investors daily returns of around 1%, making it one of the world's most insane growing investment opportunities. And, of course, it had to go belly up, generating enormous losses for its investors around the globe in the first quarter of 2018 after losing more than $2.6 billion in market capitalization.

Always have a look at the current token sale statistics, and don't forget to glance over the project's tokenomics. So, what do we mean by this? First, any investor should always observe the statistics of an ongoing token sale. Otherwise, you would not know about the current state. And of course, you want to know about the interest in the project, how many tokens have been already sold, and if there might be some whales who might dump a lot of their holdings to realize giant gains after a project is listed on a viable exchange. And, of course, you have to look at the tokenomics. These will show you how much of the tokens are allocated to the founders what percentage is dedicated to funding further research, marketing, and other important aspects of a project.

You can see there is a lot to look out for if you are looking for new and exciting projects. And it might seem a little overwhelming if you are new to the world of crypto. But if you are interested, all this will soon become easy to apply, and your knowledge will grow together with your sense to spot a fraud. So in this spirit, we hope to inspire you to get involved and start exploring the plethora of great projects out there. Stellar was co-founded by former lawyers Joyce Kim and Jed McCaleb in 2014. Jed McCaleb is also the founder of the now-defunct Mt. Gox exchange and the co-founder of Ripple. Both Stellar and Ripple are payment networks that initially used the same protocol. LOTTO - The lottery that can't be stopped.

LOTTO is a brand new Ethereum based Lottery project. Their first lottery was held on 02.02.2021, and at the time of writing, Coingecko shows a current token price of ~$0.12. Neo (formerly Antshares) was founded by Da Hongfei and Erik Zhang in 2014, followed by the Mainnet launch in October 2016. The vision of building a “smart economy” was developed with the official rebrand to Neo in June 2017.